← more from
Beyond Beyond is Beyond Records

by One Eleven Heavy 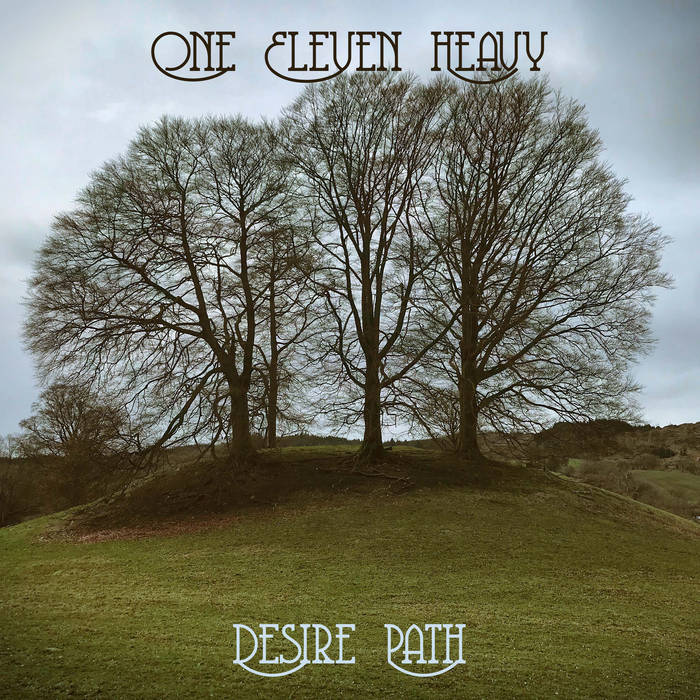 eldudowski anyone got Hans Chew in their band's alright by me.

Bucky I practically wore their previous album out on vinyl and bought the splatter version here without hesitation. They're that kind of band and after digging in, I can confirm I made the right choice. Every song is brimming with progressive americana twang and psychedelic intent. These albums just keep growing better each listen.

Naming their band after a short story about a plane crash might have been a mistake. Because, for transatlantic, country-infused rockers One Eleven Heavy, it’s been two years of trials and near-death experiences. Which just doesn’t seem fair for a band of notorious nice guys and positive souls already encumbered by an average commute of 3,000 miles per member to even get to rehearsal.

Take the final day of sessions for their lauded debut album, Everything’s Better, when bass player Dan Brown was hospitalized after being crushed by his own bass rig for example. Or the final day of their debut tour, across the East Coast and Midwest of America, when the band was almost killed after an allegedly ‘shitfaced’ driver rear-ended their van at high speed somewhere in Delaware, on the way to a gig at Chris Forsyth’s Philadelphia venue Jerry’s On Front.

Yes, One Eleven Heavy is lucky to be alive. And you only need to listen to the music on this, their brilliant second album Desire Path to understand that’s how the band feels. Because it’s a wry, occasionally biting, but always joyful celebration of human endurance and the ability to overcome.

Nick Mitchell Maiato’s album opener, ‘Chickenshit,’ deals with lazy acquiescence to attention-seekers. Pianist-cum-drummer Hans Chew’s first songwriting contribution to the band, ‘Fickle Wind,’ externalizes the band’s raison d’etre by questioning society’s drive toward constant change. Meanwhile James Toth fires off image-laden witticisms about the unnecessary difficulty of human interaction in ‘Too Much, Too Much,’ mocking fashion-conscious Marxists at the same time as he laughs at his own ‘cacti-withering row(s) with (his) old man.’

The musicianship is a step up from their raggedy, but already accomplished, debut, too. The album is laced with lush three-part vocal harmonies and two-part harmonized guitar licks, recalling those classic Allman Bros runs at the same time as it brings to mind timeless classics by Hendrix, the Stones and, of course, the Dead. Brooklyn, NY-based pedal steel player John Bohannon guests on a couple of tracks. Guitarist Nick Mitchell Maiato reaches new levels of guitar heroism on closing track – the Santana-esque ‘Three Poisons’. Meanwhile pianist Hans Chew also takes on drummer duties in the absence of regular hired hand Ryan Jewell who couldn’t make the session and more than earns his keep. The rhythm section of Chew and Dan Brown swings so hard, it almost doubles over on itself!

It may well be a miracle that the sessions for this album took place at all. But, for One Eleven Heavy, being miraculous is a goal worth striving for. And the only route to it is by the Desire Path. Take it.

Bandcamp Daily  your guide to the world of Bandcamp

Serena Cherry debuts her black metal project, plus a Pick from the Crypt block from Svalbard